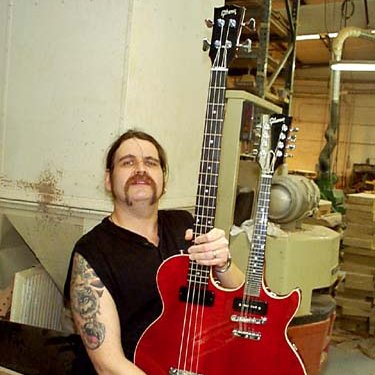 This year marks the 10th anniversary of the death of Allen Woody, a respected bass player known for his work with Southern rock acts Gov’t Mule and The Allman Brothers Band. His passing in 2000 brought together former bandmates, friends, and fellow musicians (including The Black Crowes and Phil Lesh) to pay tribute to both Woody’s life and his contributions to the rock and roll world with the ”One for Woody” benefit show. Now, a decade later, The Allman Brothers and Gov’t Mule camps are ready give back and celebrate the life of their friend by hitting the stage once again.

The original benefit was held at the historic Roseland Ballroom in New York City on September 21, 2000, less than a month after Woody was found dead of an apparent overdose. Thus, it’s only seems fitting that the legendary venue will also serve as host for “Another One for Woody” on November 22nd. Confirmed acts include The Allman Brothers Band and Gov’t Mule, as well as country/blues rock act The North Mississippi All Stars Duo.

“Another One for Woody” tickets go on sale November 5th and you can get yours at the Roseland Ballroom official site. A portion of the proceeds from the event will be donated to help raise money to keep music education alive in schools. For a taste of what’s to come, check out a performance of “I Shall Be Released” from the original benefit concert below.

In related news, Gregg Allman just announced his first new album in 14 years. Titled Low Country Blues and due for release on January 11th, the T Bone Burnett-produced effort hears Allman offers his take on classic Blues tracks from the likes of Muddy Waters, BB King, and Buddy Guy, among others. Album’s tracklist can be found below the aforementioned video.