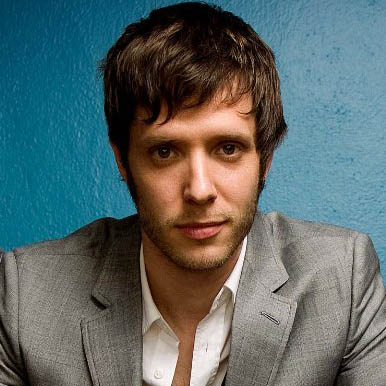 Trying something new isn’t exactly an uncommon occurrence for OK Go. In fact, the opposite is usually true for them. Ever since the Chicago-based band arrived on the scene with their viral sensation video for “Here It Goes Again”, they’ve continually taken unlikely steps to forge their own path, be it in music or business.

2010 was just the latest series of unique moves for a group that has made a career out of doing things differently. Of the Blue Colour of the Sky was a critical success. The music videos for the album’s singles all followed OK Go’s unique brand of combining the physical and the experiential. They even broke contact with EMI to create their own label, Paracadute. What’s the icing on top of this splendid cake? How about a musical parade through Los Angeles? Yeah, that’ll do it. We got on the phone with singer and guitarist Damian Kulash to discuss the parade, the videos, and what next year holds for the band.

How did the idea for OK Go’s parade through Los Angeles come about?

It came about at the end of our last album cycle. We had toured for about 31 months and were coming off of two very large opening tours where we were the main support in 15-20,000-seat arenas. We were playing essentially the same 45-minute set every night for months at a time. Playing to thousands of people, we were growing ever more disconnected from the thing we were doing because it sort of felt like a job. At the end of this cycle, I went to New Orleans to do a bunch of political work and walked into some second line parades. I was smacked in the face with how music can be an experience and not just a product.

As professional musicians, and even as music consumers, we tend to think of music as recordings. For 100 years, we’ve gotten into this mode where recordings are what we think of music as being. Shows are just a promotion for that, and videos are just an advertisement for that. Songwriting itself is just a way to have an album. When you walk 5 or 10 miles through New Orleans with 200 people who are just banging on pots and pans, dancing, and wearing crazy costumes, it’s like the glue that keeps society together. It’s so beautiful that it has nothing to do with the industry of music. We were thinking if there’s any way to do that in rock and roll. We realized that we could use GPS tracking as an art medium rather than just a reflection of where you had been in your day.