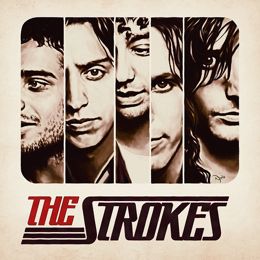 “Still not going to be out for a few months-mixing, etc, but JUST finally finished it yesterday actually!?”

— Sure, The Strokes said they were going to make a studio album, but after multiple delays (weren’t we originally supposed to have it last September?) and the lack of any new material debuted during their summer festival appearances, we kind of lost hope that it’d ever come to fruition. So color us surprised when frontman Julian Casablacas tweeted the above message earlier this morning. As you can read, the band still has to complete some post-production before we hear the untitled followup to 2006’s First Impressions of Earth, but at least we now know Julian and the gang managed to sit through an entire studio session together.