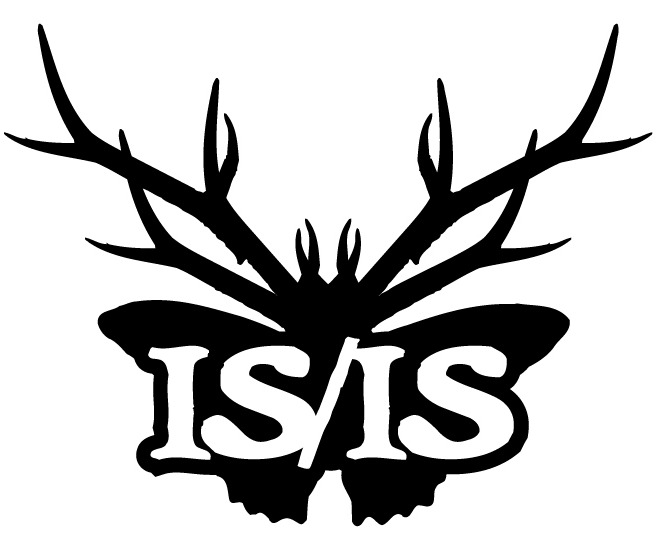 The two Sarahs, Rose and Nienaber, with Mara Appel of the Minneapolis band Is/Is live and breath 20 year old alt-rock. As, Rose puts it, ”I think our dream would be to be the opening band for Jesus and Mary Chain & Mazzy Star.” Talk about a fantasy. Rose (guitar), Nienaber (bass), and Appel (drums) have spent the better half of the decade playing music, and making names for themselves, independently. Now together in Is/Is, they would fit right into that opening slot.

Is/Is give an old school take on alt-rock that holds a mirror up to those bands they love. Throw in the other classic names from the era (Sonic Youth, Pavement et. all) and you have a sound that’s a smorgasbord of the genre like they’ve time traveled (via telephone booth) from that era. Influences aside, they carry a unique, very bass driven presence that gives them their power along with those oh so sweet vocals.

The three musicians have a long history with music and the Minneapolis scene starting their first bands at 13. Throw in a cool connection to rock history with Rose’s father having served as sound guy to The Replacements for bonus points. They’ve been playing in and around the same bands for years. Ask about that history and you get a laundry list of predominant Minneapolis underground rock bands, “Mara and I both played in the band First Communion Afterparty, for years. Mara was also the drummer for Shy, and I played percussion and back up vocals with the band StrangeLights for a year or so. Nienaber has been in her band Gospel Gossip for about four years now.”

Having rubbed elbows with one another on more than one occasion, it was by happenstance, and necessity, that they all got together, “Sarah [Nienaber] was asked to do a solo set at a local venue and asked me [Rose] to join her on stage. We realized we needed a drummer and Mara was quick to say yes.”

Since that initial spur of the moment show, Is/Is has been diligently at work recording and writing independently. So far they’ve released a fantastic debut EP entitled This Happening. Mostly written by Rose, it’s a new adventure in alt-rock for the three members. Having each written independently up until now, it’s also an adventure in learning how to be a band.

Most of their debut EP was written by Rose. The four songs featured have been kicking around since she began writing, “some of them have been in my mental archive since I was a kid.” Tracks “So Long” and the crunchy psychedelic “Pretty Girl” turn out a lo-fi brew of three chord grunge-light. It’s that perfect blend of heavy as hell riffs and catchy melodies that gets the hair to standing up.

Slower offering “Death Treat” takes a page right out of the alt-rock jam play book. Rose sounds like a young Fiona Apple as they lay down six minutes of relentlessly overdriven rock that reveals a darker side with the line “Death is a treat for us until we slow down and put it out. Death is a treat for her she gave it to me somehow it seemed to sweet”. In the same vein, but half the time, “Eating Hourglass” picks up the pace turning dark to sultry.

So where has this band been all our lives? They capture one of the best periods in recent rock so well it’s hard not to wonder that question. This brings up another issue though, that of a first record. As of now, they’re sticking to EP’, having just finished their second. If you live near Minneapolis, or on the west coast, expect a tour to head your way too, “We just got a van and will be heading to nearby cities in December and will be going on a west coast tour in March.” This also includes more recording time even though Appel will be relocating to Portland, OR come December. A few hundred miles won’t keep them from Is/Is however, “We’re going to do a long distance band relationship thing for the time being.” Here’s hopping this long distance relationship works out.