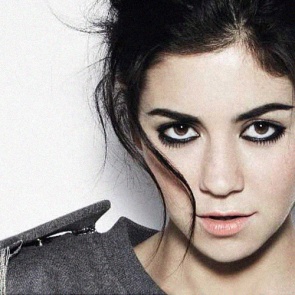 2010 has been a busy year for Marina & the Diamonds. Her debut album, The Family Jewels, was released back in February and has been topping the charts around the world with the help of singles “Mowgli’s Road”, “Hollywood”, “I Am Not A Robot”, “Oh No!”, and “Shampain”. The Welsh songstress’s take on pop music is surprisingly modern, yet very reminiscent of something from the 1980s UK pop scene, and each single is more infectious than her last.

Already well into a 2010 world tour, Marina has decided to kick off 2011 with a bang by heading to Australia for Field Day 2011 and the Southbound Festival before hitting the US on January 21st. The 13-date North American trek is scheduled to begin in Englewood, CO, and wraps up on February 6th after a three-night residency in Las Vegas.