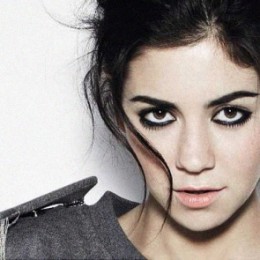 Back on November 5th, our very own Megan Caffery brought the news that Marina & the Diamonds were to head across the Atlantic in early 2011 to bring their brand of infectious pop to the great people of North America. Sadly, these same tour dates have now been canceled. Marina Diamandis and friends have announced the change of plans, citing the band’s change in their recording schedule.

A spokesperson for the band was quoted as saying “Don’t worry though, I’m sure all you American & Canadian Diamonds will be getting to see Marina next year at some point. She has been touring pretty much constantly for years now so deserves a little break to record her anticipated new album” (via Clash Music).

The tour was due to kick off in Englewood, CO on January 21st and run for a total of 13 dates. No rescheduled dates have yet been announced, but every cloud has a silver lining as they say. A new album is in the works after all. More on the new album, which will be a follow up to the band’s successful debut The Family Jewels, and any North American dates as we get more information.