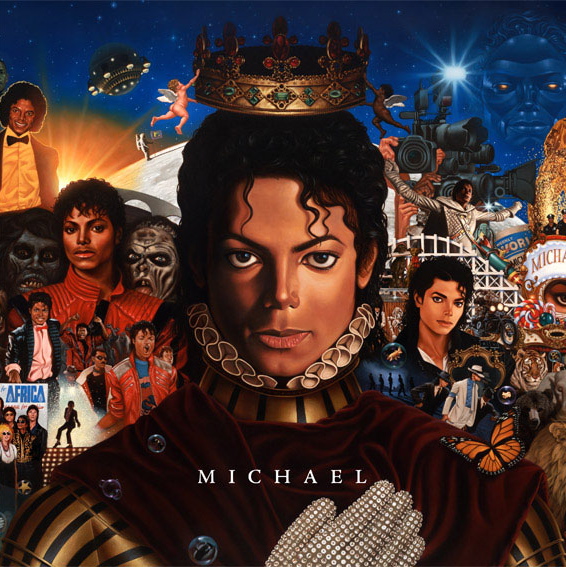 As evident by the recent Forbes list which declared him the highest earning dead celebrity of 2010, Michael Jackson remains one of music’s biggest draws. So you can understand why his estate has planned everything from a circus and video game to a Jackson 5 reunion and Thriller inspired film. Now, just in time for Christmas, comes news of another posthumous venture, this in the form of a brand new studio album from the King of Pop.

Due for release on December 14th, the aptly titled Michael will feature a mixture of outtakes from previous Jackson albums and new tracks from his 2007 studio session with producer Eddie Cascio, reports Rolling Stone. Also included will be a Paul Anka song called “Love Never Felt So Good” from the session that produced the title track for the This Is It concert-rehearsal film.

Of course, when dealing with Michael Jackson, there’s usually some form of controversy and that’s again the case for this release. According to Rolling Stone, there is dispute as to whether the aforementioned songs from his sessions with Casico are indeed real.

Earlier this week, TMZ reported that Michael’s children believe that it is not their father singing on the Cascio tracks. Among other reported evidence, Jackson’s son Prince was reportedly in the house during the sessions and has said the recorded versions don’t match what he heard. However, Jackson’s estate says sound experts have deemed the voice on the recordings to be Jackson’s; people involved with the project reportedly have said the children are being “manipulated” by Jackson’s mother and others who don’t want the album released.

Above, you can peep the album’s artwork, which was created by painter Kadir Nelson . A teaser for the album will be posted on MichaelJackson.com later today, and on Monday, a song from the album called “Breaking News” will stream on the site for one week.

Pre-orders are now ongoing for a package that includes the album and a t-shirt. Click here for more details.