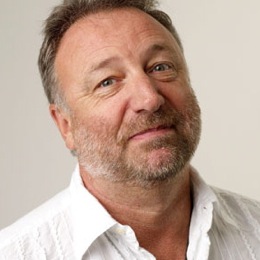 Ian Curtis is one of the most emotive songwriters/lyricists of any generation, and now three decades after his suicide, his legacy only continues to grow through the efforts of Joy Division‘s living members. Bassist Peter Hook is performing the band’s debut, Unknown Pleasures, internationally, drummer Stephen Morris is behind the box-set +-, and Bernard Sumner pulls out classic Joy Division tracks while on the road with Morris as Bad Lieutenant. Apparently running out of material to cover, Hook has plans to record a new EP of Joy Division songs for 2011.

In an interview with our friends over at Slicing Up Eyeballs, the recently converted frontman announced a collection that will feature re-recordings of “Insight” and “New Dawn Fades” from Unknown Pleasures, the 1980 single “Atmosphere”, and the previously unfinished 1978 track “Pictures” that Hook completed and debuted live earlier this year.

However, the currently untitled release is looking more like a Peter Hook covers album than a true Joy Division EP. With Hook revealing he has “nothing to do with Bernard or Steve,” expect the backing band to resemble his current outfit The Light with singer Rowetta providing the vocals. Until more details are released, like any more re-discovered tracks, you can pass the time by listening to Freebass’ debut It’s A Beautiful Life, which drops December 7th.