Portishead to begin work on new album in 2011 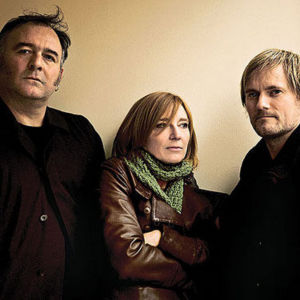 The continual teasing of a fourth Portishead album has become tired by now, but maybe that says something about the demand for it — namely that people will jump at any sign of activity from the Bristol trip-hop pioneers (commence jumping).

After the trio took 11 years between albums last time around, the band’s indication that it would begin work on the followup to Third invited understandable skepticism. However, in an interview with BBC 6Music (via Clash Music), Portishead member Adrian Utley updated fans on the album, namely that the band plans to hit the studio next year.

We’ll believe it when we see it, but Portishead hasn’t exactly vanished from the face of the earth this time around. The band has other plans for next year, such as curating the ATP: I’ll Be Your Mirror Festival in London in July (23rd and 24th, to be specific), and touring Europe and the United States following that. They’re also lined up for the Festival Internacional de BenicÃ ssim. Maybe Coachella, too — that is if you believe a recent tweet from the band’s fan club.

Said Utley in the interview: “We’re just finishing up some projects we’ve each got and then we’ll look to start writing, a little bit separately and then together but it is pretty exciting. I think we’re just gearing up to it, staring at each other a bit and getting ready to go.” (Some recent side projects include this and this.)

“We’ve definitely thought about it and have had discussions about where we’re going and stuff, but it’s kind of early days and I don’t think any of us want to really hex it by putting too many rules on it, which we often do. I think we’ll just start puking up stuff and see what it sounds like,” Utley continued.

Between Portishead announcing new shows and this new album, fans have plenty to be optimistic about for 2011. And don’t worry about the recording and the tour canceling each other out, because Utley says the band will be doing both simultaneously, which will serve as an experiment for them. “We’ve never ever done that and I think it will feed into what we’re writing and how we feel about ourselves,” he said. “We tend to disappear into a studio for a long long time and sometimes it can get pretty dark which in a way is a part of the creative process, it’s part of what makes us make the music we do, the kind of world we create around us.”

He added, “This is making it different, we’ll be playing live shows around it that might have a good influence on it, I’m hoping that it does, I’m quite excited about the whole thing.”

Of course, don’t count out the possibility the tour will slow down the recording process or vice-versa. Cautiously optimistic, fellas.