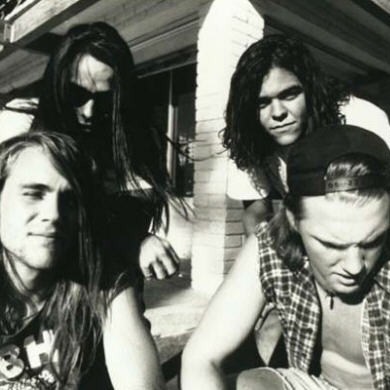 Josh Homme has been upfront about his lack of interest in reuniting Palm Desert stoner rock group Kyuss. In a 2007 interview with Blabbermouth, he said, “I don’t really care about the money, I never have. That’s not what Kyuss was about, so to punctuate the end of our sentence with that would be blasphemy.” He continued that “Kyuss has such a great history that it would be a total error… I’m too proud of it to rub my dick on it.”

So it’s no surprise that, now that the rest of the original lineup is reuniting, Homme won’t be joining the band. According to FasterLouder.com.au, singer John Garcia, bassisit Nick Oliveri, and drummer Brant Bjork do not share Homme’s distaste for nostalgic reunions, and have come together as Kyuss Lives for a European tour. This news comes early, thanks to a leak via the tour section of Amsterdam’s Paradiso club website (hello, March 29th).

Scott Reeder, who replaced Oliveri beginning with the band’s third album, said in 2008, “I think everyone but Josh would do it in a heartbeat. Back in the day we were always told, ‘You gotta strike while the iron’s hot,’ and Josh’s is still red hot.” Like Homme, Reeder will also not be a part of this reunion. Bruno Fevery will replace Homme on guitar.

Earlier this year, Garcia completed a “Garcia plays Kyuss” tour; in a preview of things to come, Oliveri and Bjork played with him during his set at June’s Hellfest in France.

We will update you when the dates are confirmed, and we will cross our fingers for some U.S. dates.