The Dude abides… and is recording music 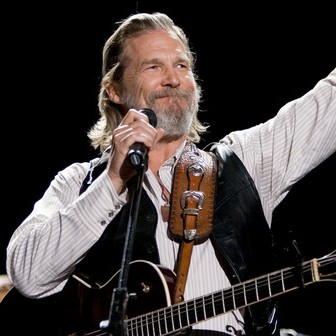 The universe tends to sort itself out. After years of being awesome without the deserved recognition, Hollywood-lifer Jeff Bridges received his first Academy Award for his portrayal of an aging country singer in Crazy Heart and will hit the theaters with two high-profile appearances this holiday season: the Daft Punk-infused Tron: Legacy and the Coen Brothers’ remake of True Grit. Having seen the highs and lows of Hollywood before (more like highs and mediums), Bridges probably knows that the ability to pursue projects of this caliber is inevitably fleeting.

This makes for a perfect time to record a first album. After singing in the film and sounding pretty damn good (fun fact: Colin Farrell was also really singing in the film), Bridges will now work with the same team that made the Crazy Heart songs on a batch of his own songs. The songs are penned by Bridges but have been brought forward with T-Bone Burnett‘s years of expertise. Fans of The Big Lebowski will be happy when they hear the projects name: The Royal We.

In promoting Tron, Bridges had this to say: “The music is a big force in me now. I really feel like—I’m goin’ on 61 years old now and I’ve been playing music since I was a teenager, and now for some reason all the stars are aligned and it’s just comin’ out. That’s my big dream that’s being realized as we speak.” So, he’s not in it for the pussy and blow?

Read more and watch the Lebowski clip for insight into The Royal We over at Collider. And look for the album in 2011.