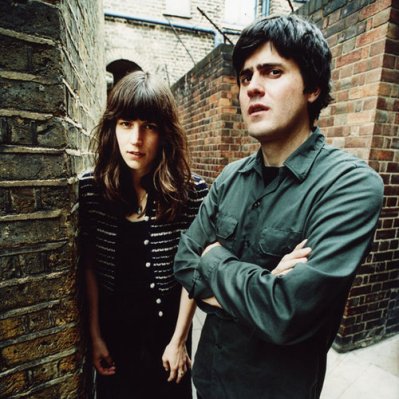 Brooklyn’s The Fiery Furnaces involves siblings Matthew and Eleanor Friedberger, and though they’ve been working together as a successful unit since 2000, it seems like those old feelings of sibling rivalry can never truly die. So while Eleanor has one solo LP planned for potential release in 2011, Matthew told Entertainment Weekly he’s got at least eight solo LPs in the works (he made the announcement while sticking his tongue out at his sister.) All that, plus a potential Fiery Furnaces record, would make for 10 FF-related releases in 2011. Those Friedberger kids are red hot!

Most of Matthew’s releases will come from his planned Solos series. In the eight releases, all released between January and November 2011, his voice will be accompanied by one instrument per LP (he’s got plans for piano, guitar, organ, double bass, drums, and harp-based albums.) The lofty goal, Friedberger says, comes from life as a rock musician, where “…except for driving around and carrying equipment in and out of a van and getting bedbugs from the motel and that kind of thing — you don’t have to work very hard. So I thought it would be fun to have way too many things to do.” I’m sure exhaustion and a nervous breakdown are also oodles of fun as well.

So far, the male Friedberger sibling has recorded just one release, the piano-based LP Napoleonette, which he accomplished last month during a stay in Michigan. However, he’s currently holed up in France at work on Meet Me in Miramas, the guitar LP. Also, if you’ve been doing your math and wondered what will be of the last two LPs, Friedberger said subscribers will receive two bonus discs of  “the records on which I don’t play the instruments I can’t play” at the end of next year. Those creative types can be so mysterious.

While his sister may be wasting her time on one album, Matthew still seemingly wants to work with her inferior self. The pair have plans to reconvene after Thanksgiving to record a “loud, aggressive rock record. The songs are rock songs. They’re pretty wordy, I guess. They definitely have melodies, though. They’re songs with words and tunes.” Potential album titles include I Met the Queen of the Night in the Daytime, The Diabolical Principle, Two Different Dads, City of the Sun, and I Was So Confused. May we suggest Matt Friedberger Is Nuts And Clearly Hates Staying At Home as a possibility?

A song from Napoleonette, “Shirley,” is available on Friedberger’s label Thrill Jockey right now (check it out below); that’s also where you can pre-order the LPs. Stay tuned for more info on every single one of the Fiery Furnaces releases, including release dates, as they’re announced.