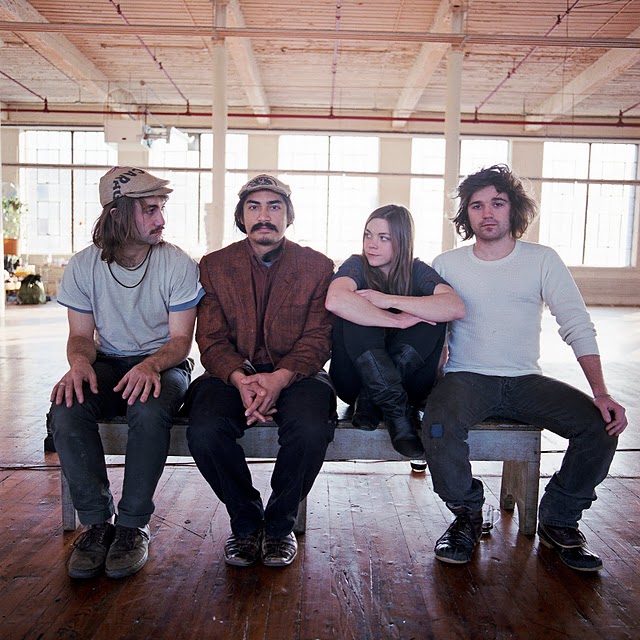 Rhode Island’s very own folk-rockers The Low Anthem have announced details of their much anticipated followup to 2009’s Nonesuch re-issued Oh My God, Charlie Darwin. That new album, Smart Flesh, will be released on February 22nd, 2011, also via Nonesuch Records. In keeping with what seems a trend, the album was recorded in a less than traditional venue. No abandoned train station for these guys, just a vacant pasta sauce factory in Central Falls, RI.

In an issued statement (via TwentyFourBit), frontman Ben Knox Miller described their choice of studio as “the main instrument for the whole record” before going on to describe the resonance in the space as chilling. The band experimented with various mic set ups, which Miller says “caught the sound barreling across the room.” The band brought in Mike Mogis (Bright Eyes, Monsters of Folk) to mix the record, handling the production themselves. Additional mixing was done by Jesse Lauter (Elvis Perkins) in New York City.

Ahead of the release, the four-piece of Knox Miller, Jeff Prystowsky, Jocie Adams, and Mat Davidson are set to hit the road with Carolina Chocolate Drops next month. They’re also playing a pair of January shows in New York and Los Angeles, with the latter also featuring Iron & Wine. Tickets can be purchased via the band’s official website.