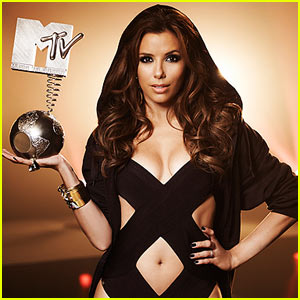 Ah, the MTV Europe Music Awards. The EMAs. The… EMA-sies? It’s like the VMAs, but for Europe (so the cast of their Jersey Shore actually ARE Italian?) Much like the good old American version of the awards, none of the awards matter, but the performances, as always, are note-worthy enough for us to spend our day of rest making sure you peep the awards’ best offerings. With this year’s festivities featuring the likes of Linkin Park, Rihanna, and Katy Perry, it was like a European vacation for the famous. Oh, and Kanye West was there, too, with that guy from My So-Called Life. He has a band now?!

Linkin Park – “Waiting For The End”

With a band performing a song that involves throwing your hands in the air, it seems like the venue in Madrid, ES with a few thousand foreigner  swaying to and fro is about a perfect as a setting as you can find. Also, who does Mike Shindoa think he is dressing like that… a member of MGMT?

Rihanna – “Only Girl In The World”

OK, so in this particular live setting, Rihanna didn’t come as the diva we all know she is capable of being. However, that didn’t stop her from acting like royalty (complete with crown) while power-walking across a stage down a tunnel we think is symbolical for the birth canal, all while male dancers strut around like they’re singing in the rain. More like singing in the reign of Queen Rihanna. Boo-yah!

Sure, Rihanna had issues with vocals, but Katy Perry’s problems make RiRi’s performance look like a walk in the park. Although, with all said, that outfit is worse than any mic troubles. Maybe she’s auditioning for Wonder Woman’s sidekick?