“Well, Well, Well” if it isn’t Duffy on Fallon 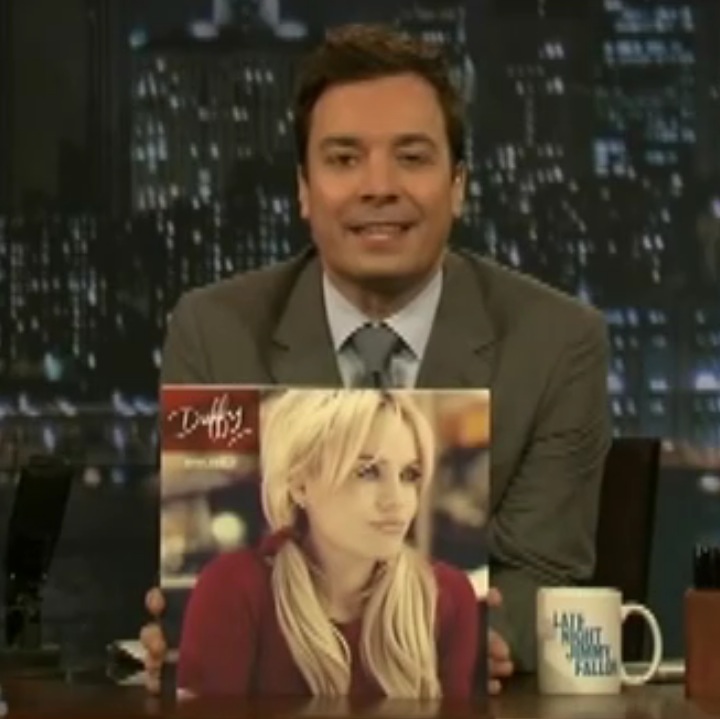 First time I heard about Duffy, it was someone telling me about a youthful fem-phenom climbing up the charts. Or maybe it was in a Starbucks. Or maybe that was KT Tunstall. Anyhow, the Welsh singer-songwriter blew up via word of mouth much in the same way many young pop stars do — they have great voices and tend to be real hot. Duffy is no different, but group that with a her best-selling, 6x Platinum debut Rockferry in 2008, her fledgling acting career, and getting a flower named after her, and you’ve got something ostensibly far greater Adele or KT Tunstall.

Ahead of her sophomore LP Endlessly, Duffy ‘debuted’ the song “Well, Well, Well” on Fallon last night, a short little euro-pop number that’s as catchy as can be. Though The Roots lend the backing track to the album version of the song, Black Thought, ?estlove and Co. stood idly by while Duffy’s own backing band provided the music for some odd reason or another. Check out the result below (via The Audio Perv).

Endlessly is out November 29th via Mercury Records.