Elizabeth & the Catapult – The Other Side of Zero 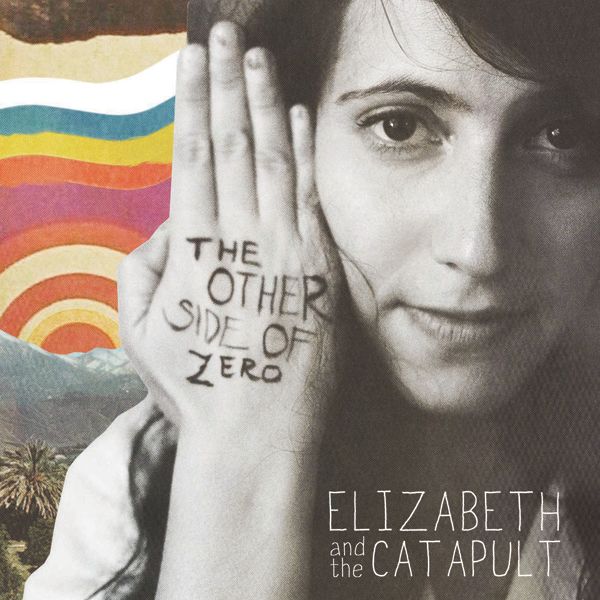 Does a post-breakup album always have to be melancholy or angry? Formerly a trio, Elizabeth & the Catapult is now a duo consisting of classically trained pianist and singer Elizabeth Ziman and drummer Dan Molad. The Brooklyn duo’s sophomore album The Other Side of Zero is a blend of pop, coffee shop folk, jazz, and 70’s singer-songwriter, under the shadow of Leonard Cohen.

The Other Side of Zero opens with the sound of a ticking clock on “Time (We All Fall Down)”, which may be a little on the nose, but it’s still a strong opener. “Time” sets the mood for the album as Ziman’s patiently somber vocals clash with a playfully anxious piano chord progression. The country-tinged “You and Me” is the kind of song that’s destined to be a lead single: catchy, upbeat but with a hint of sadness, and ultimately pedestrian. Better is “Julian, Darling”, an infectious pop number that is melodically reminiscent of Reminder-era Feist.

Elizabeth & the Catapult previously covered “Everybody Knows” on their debut album Taller Children, and on The Other Side of Zero, the influence of Leonard Cohen is fundamental to the album in an unexpected way. When studying Cohen’s Book of Longing, Ziman found his struggles living in a Buddhist monastery relatable to her experiences growing up in New York, and these parallels inspired the album’s theme of a struggle of balance, specifically between light and darkness.  Acoustic strummer “Thank You for Nothing” achieves this balance by sincerely and sarcastically delivering lyrics that are equally despondent and hopeful. This may be a breakup album, but the ballads are balanced out by the pop songs, which aren’t entirely buoyant affairs, either.

The Other Side of Zero is an impeccably produced sophomore effort that attains equilibrium between standout moments and inherent flaws. Ziman has some undeniable vocal talent capable of charming melodies, but every so often sounds controlled to the point where some personality is lost. Moments such as when Ziman longs on “Open Book” to be read like, wait for it, an open book come across as being the victims of excessive precision and prevent The Other Side of Zero from achieving greatness. It’s definitely a pleasant album, but also too much on the safe side.