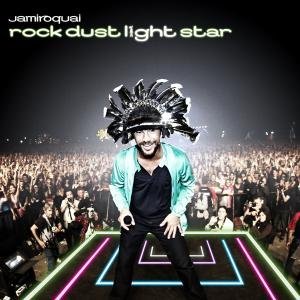 There is probably a pretty good chance that readers in the 22-30 MTV-still-played-videos age range, pretty quickly fell in love with the video for “Virtual Insanity”. It played in heavy rotation in 1996, and watching it now it still holds up as fantastic. We all loved that song and video for a few years, and then probably forgot about it for a little while. Jamiroquai became a footnote to our adolescence saved for the occasional dance break when they would pop up on a random play list. The band (yes Jamiroquai is a band not a solo act) re-entered our lives through Napoleon Dynamite and his dance routine to “Canned Heat” at the class president elections. In the mean time, Jamiroquai was still cranking out records and charting high in the UK. After the success of Napoleon Dynamite, the band released two more rock centered albums that, while still doing well in the UK, caused critics to say they had moved away from their bread and butter: funk.

Well, now Jamiroquai is back with their funkiest album in years. Rock Dust Light Star is an unrelenting funk album that will make you shake your can like only a Jamiroquai album can. The titular and opening track starts with a warm-up false start that ends with singer Jay Kay declaring “Yeah. Ok, that’s the one,” before easing into a keyboard and vocal disco roll that is sexy and slow. The rhythm keeps it low-key and building with great lines like, “Cause all the sinners are just saints without the sparks. I’m having trouble telling them apart,” which leads to the chorus that explodes with guitar and heavenly backing vocals. It’s a great soundtrack to a candle-lit bedroom.

The lead single, “White Knuckle Ride”, is right up the “Canned Heat” alley with drum-clap beats and roving bass with Jay Kay’s fantastic voice flying over the top. This song, and really the entire album, makes me think that Jamiroquai has to be an influence on Jamie Liddell and his recent solo albums. Jay Kay and Liddell have nearly identical voices, and when Liddell performs live he even wears similar headdresses to Kay. Either it’s a monumental coincidence, or there is some mimicry involved.

“Smoke and Mirrors”, “All Good in the Hood”, and “Lifeline” continue the funk blast with the latter’s (one of my favorites) opening and horns sounding straight out of the book of the master of funk himself, Curtis Mayfield. If these songs don’t make you dance, then you need to stay in the dark by yourself while the rest of us hit the dance floor.

The band slows it down a few times with some fantastic slow jams. “Blue Skies” is a contemplative number that has the narrator looking to the brighter side of things after a rough patch. “Never Gonna be Another” has the narrator in the middle of that rough patch lamenting the loss of his significant other, “I’d like to take a feather from the wings that used to carry you…There’s never gonna be another like you.”

From front to back Rock Dust Light Star is solid. There aren’t many weak moments at all. It keeps plugging along and funking the piss out of the place. Jamiroquai never really left, but hot damn if they aren’t back with full force. If you want to dance like a maniac to some solid funk music, do yourself a favor and get this album. If you don’t end up tapping your feet to you, you aren’t listening to it loud enough.