Band of the Year: The Roots 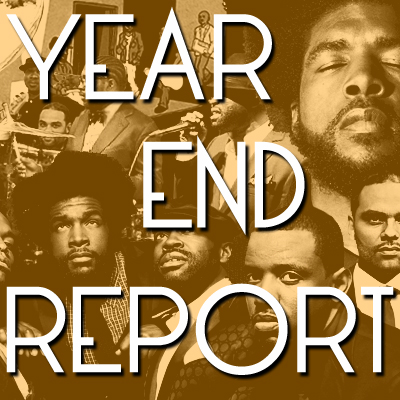 How does one judge Band of the Year?

Do you look at the LPs and EPs they put out and the quality of each release? Perhaps you examine the overall popularity of the act, particularly their general cultural impact? How do their extra-curricular activities, in side projects or other creative outlets, figure in? Well, if the act in question is The Roots, then all these aspects should be enough to make it clear that Illadelph’s finest had a fabulous year.

In 2010 alone, The Roots released two albums, their ninth LP, How I Got Over, and their collaboration with John Legend entitled Wake Up! With the first, the band made a modern hip-hop classic. Other massive hip-hop titles received far more attention in ’10. And there’s no denying the critical praise that Big Boi and Eminem’s releases received, and, to a certain extent, Nicki Minaj’s as well; even Drake’s LP at least sold well. However, those releases lacked that all-important feel of a masterpiece. For instance, Em’s Recovery feels like yet another chapter in his long, storied road to redemption. But How I Got Over is a succinct, yet complicated series of movements collected together to tell a unique story about rising and falling in the struggle that is daily life. Sonically, no other LP has so brilliantly blended influences ranging from rap to soul to blues to funk to jazz and beyond. Lyrically, no other hip-hop album had as much innovative wordplay, sheer catchiness and quotability, and, most importantly, insight and depth. The record plays as important and groundbreaking without being unapproachable. Every note, every cameo, every arm of the band itself strikes perfectly. And they did it again a few short months later with Legend on Wake Up! While seemingly less important, although just as good, the record was a history lesson, a blast from the past of the glorious days of old for black culture and politics. While it’s less of that grand, defining effort, it’s a necessary celebration of their influences and a great way for the band to continue to prove themselves artistically and to do something that keeps them working, thinking, and creating.

In the ever-changing, unpredictable world of hip-hop, it’s hard to define the situation and role of an act like The Roots. As it’s been said, they haven’t received nearly the amount of press and hype as some of their contemporaries, but that could be because The Roots have been around much longer and occupy a particular space in the rap continuum. Even then, though, when compared to other indie rap acts or acts with a more conscious vibe, like the Talib Kweli’s of the world, The Roots are beloved and celebrated but simply not touted as frequently. The band’s role in music is best described in a lyric from “Right On”, which happens to feature Joanna Newsom: “Shit, I’m Black Thought, what could be more prolific?/For this love, I go above and beyond a limit/I told y’all I’m above and beyond a gimmick/I get into your head and spread like a pandemic.” They’re clearly dedicated to the game, but in a rather refreshing, less boastful kind of way. They’re not ones to implore these so-called gimmicks, instead letting each piece of carefully crafted music do all the speaking.

Plus, they’re more than likely to remain quiet, letting each release infect the musical landscape, an undeniable fact especially when you look at the rise of emotional displays in hip-hop. As more and more Kanye Wests and Kid Cudi’s sing of pain and torment, you can’t help but give credit to The Roots for being one of the major acts to consistently create fresh, engaging rhymes that are pleasing to the ear and socially relevant. Their role lets them occupy a position in rap that sees them as clearly devoted followers to the ideals and sounds of Marvin Gaye and Al Green, even as they experiment sonically and in terms of lyrical output. However, it’s another position (a steady gig, actually) that has arguably afforded them their most notoriety.