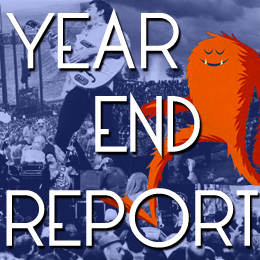 As most readers know, we are the place for festivals. In case you arent so informed as some, as Biggie said so profoundly years ago, …if you dont know, now you know, *expletive*. Our Festival Outlook is leaps and bounds ahead of the curve and is something we at CoS pride ourselves in. It renders a valuable service to all its readers by keeping uber-current on the latest festival rumors, news, and lineups. In addition to maintaining the Festival Outlook, we attend a meaty number of those selfsame festivals and report back to you on how it all went down. CoS is an all-encompassing music website – from news to album/show reviews, ticket services/online stores to exclusive features galore – but if there is one thing we specialize in, its music festivals.

In that light, I feel we are no longer playing the role of the backseat driving critics; weve advanced to the man behind the wheel. Not only do we religiously collect and report data about these festivals, but we actually attend them in the flesh. So wed like to give ourselves a little credit, if you wouldnt mind.