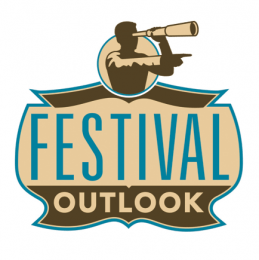 Things we learned over the last seven days: Every major outfit — or, at very least, System of a Down, Foo Fighters, Portishead, The Cure, and Coldplay — will be returning next summer, Kings of Leon will never go away, Paolo Nutini is considered a headliner in Scotland, Coachella needs to call a plumber, and with the exception of Bestival, every European festival shares the same headliners.

Intrigued? Then scroll below and check out our weekly Festivals in Brief recap. Also, don’t forget to bookmark Festival Outlook and/or follow us on Twitter. That way you won’t have to wait until Wednesday before getting your festival fix.

— System of Down will their end four-year long hiatus next summer by playing a bunch of European festivals.

— Thanks to Robert Smith and Brian Wilson, Bestival sets itself apart from most other European festivals.

— The annual emo roadshow known as Warped Tour will return in 2011. This time with tube socks.

— Rock Am Ring & Rock Im Park (Germany): System of a Down and Kings of Leon confirmed as headliners

— Nova Rock (Austria): System of a Down confirmed as headliner

— Download Festival (UK): System of a Down and Avenged Sevenfold confirmed

— Evolution Festival (UK): Iggy and the Stooges and Plan B confirmed as headliners