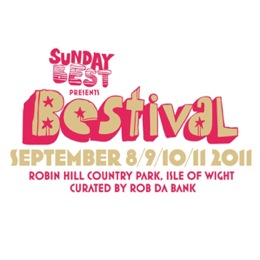 It’s only December 1st, but a lot of the UK/Europe’s big weekend extravaganzas are starting to look the same. Take Coldplay, System of a Down, Kings of Leon, and Chemical Brothers and chances are you have at least two of the major acts topping a respective festival’s bill. So props to Bestival for mixing things up a bit. Set to take place 10 months from now (September 8-11 to be exact) in Isle of Wight, UK, the festival will feature not only The Cure’s only European festival performance of 2011, but also a solo set from former Beach Boys frontman Brian Wilson. Plus, Primal Scream will perform their 1991 classic, Screamadelica, in its entirety, and Robyn, Crystal Castles, Magnetic Man, Diplo, A-Trak, DJ Shadow, and Grandmaster Flash will appear, too.

More acts — including two more headliners — will be announced in the weeks to come. Four-day passes, priced at £160, are now available via ticketline.co.uk.