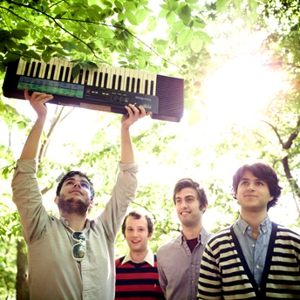 After being nominated for a Grammy and receiving our No. 1 album of the year, the lads of Vampire Weekend could have easily spent the rest of the year resting peacefully on their newly earned laurels. However, those preppy, industrious fellas are doing the exact opposite as they prepare to drop an iTunes exclusive session tomorrow (Dec. 21). Seems there’s more than just great smiles and a closet full of Lacoste shirts when it comes to these guys.

Recorded back in September at NYC’s Avatar Studios, the six-song release will go for $5.94 and feature four original songs (a rocksteady verison of “Holiday” and then “A-Punk”, “Cousins”, and “Cape Cod Kwassa Kwassa”) plus two covers: Bruce Springsteen’s “I’m Going Down” and The Honeycombs’ “Have I The Right”. Those last two should fit in quite nicely with their last cover.