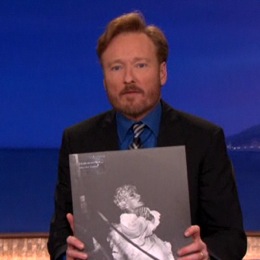 A day after Cake showed up on Conan and rocked Studio 15, Conan O’Brien delivered with another solid musical guest from much the opposite end of the spectrum. Deerhunter, in apparently the band’s national television debut, put on a relatively low-key performance last night of Halcyon Digest single “Helicopter”. With smoke filling the room to the point of excess (“Who’s gonna clean this up?” quipped Conan afterwards), Bradford Cox led the band in introducing its dreamy art rock to an audience which had just sat through two segments of awkward Kardashian banter. Not sure it was a wise mix, but if one 13-year-old girl became a Deerhunter fan last night, it was all worth it.