Zakk Wylde wants to be Dancing with the Stars 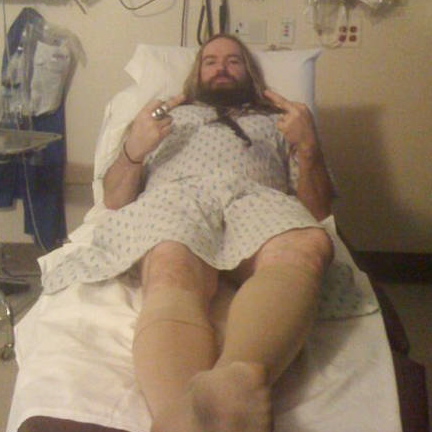 Our own David Buchanan may have called Black Label Society’s latest album – Order of the Black – the “perfect metal record for 2010,” but it looks like frontman Zakk Wylde wants to be perfect at something else in 2011. In strange but true news, Deadbolt News reports that 43-year-old Wylde wants to be a contestant on what is arguably the most popular television show in America.

A quick visit to the band’s MySpace page reveals that Wylde is pushing to become one of the Z-list celebrities who will make fools of themselves on the next season of Dancing with the Stars. The brief message calls for fans to visit the show’s website and “vote for Zakk,” adding that, “we’re serious.” While it’s hard to take the notion of Wylde – who was hospitalized for blood clots in 2009 – taking a show like Stars that seriously, his fans have already taken arms. The comments section on the show’s official website is littered with supportive messages like “ZAKK F’N WILD!!!” and “If [he] were on the show, I would not miss an episode.”

No telling if the execs at ABC will take note, but the prospect of seeing the former Ozzy Osbourne guitarist dressed in a tux and shuffling his feet to a light samba is enough to get us interested. Request for Wylde to be (or not be) on the show by clicking here.