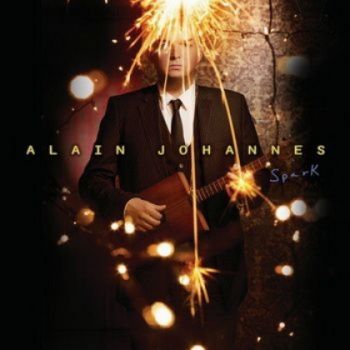 From every tragedy there is an opportunity for transcendence, a spark that can be found in the absence of light. Few people show this better than musician Alain Johannes, whose stunning solo debut, Spark, was born from the heartbreaking loss of his wife, Natasha Shneider. Johannes and Shneider were not only soulmates, but bandmates as well. They founded their band Eleven together and were frequent contributors to Queens of the Stone Age (with Shneider on keys and Johannes on bass) before she passed away due to cancer in 2008.

This album is Johannes’ painful yet freeing tribute to his love (“It’s the most direct ode to Natasha and the wonderful time we had together”) and an album wrought with the intense complexities of death. All the sorrow and unanswered questions that he grapples with are wonderfully portrayed with heartbreaking, breathtaking songwriting. There are no hard sounds on this acoustic album, but the magnitude of emotion is there, riding each song with a vibrancy that touches the listener’s ears and soul.

Spark starts off with an explosion in the acoustic frenzy of the first single, “Endless Eyes”. Johannes’ anguished vocals deliver the poignant pain and anger– “It’s killing me that I must go on living/Just to fill this cup of promise with meaning”– alongside the urgent, driving strings of his cigar box guitar.

“Return to Me” is a gorgeously rendered song that works on more of an upbeat feel with a catchy chorus that speaks of hope and dances across the joyful riffing. In “Speechless”, Johannes manages to find the words through his lyrics (“All alone with everything that’s gone/The devil in its finest form”) and the meaning through the sobering cello and a finger-plucked fretless guitar. The song marries simplicity and complexity with ease.

Understandably, there is a lot of gloom present. “Make God Jealous” has a darkness running through its Eastern sounding composition while “The Bleeding Whole” comes along slowly with echoing drumbeats and lilting harmonies. Yet, all the negativity is dealt with in a beautiful manner. It’s inevitable, the anger and pain, but Johannes never revels in it. He presents it as it is and draws us into the blackness with him. We go willingly.

“Spider” is the epitome of his honesty. Its sparse sound balances the raw material of death (“Eleven white roses on a black granite slab/The beautiful face followed by the stab/I sit by the foot of many hearts’ lament/All wondering still where the sun and the moon went”) with the sweet, childlike chorus of the “spider.”

The last song, “Unfinished Plan”, ends the album on an especially poignant note. Johannes’ reflections on his beloved are wrapped up with acceptance and understanding, alongside the wailing harmonium and simple strumming. It’s hard not to feel everything when Johannes sings, “You were not afraid of letting go, so I am not afraid of letting go.”

Spark clocks in at only 30 minutes, but it works perfectly with the flow and subject matter. It’s short but sweet and brings a range of emotion and depth rarely felt in music today. Spark is haunting, exquisite proof of life after death.