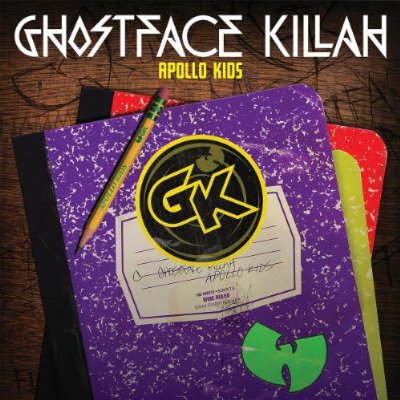 Ghostface Killah‘s ninth solo album was released days shy of Christmas, amidst all the holiday shenanigans and after all the best of 2010 lists had already been printed and read and as such has gone wildly unnoticed. And it’s a damn shame, because this is by far his most solid record in years.

Before we begin, however, can we all just take a second to recognize how unbelievably relevant Wu-Tang and its long list of members have managed to stay over the years? Since 36 Chambers dropped back in ’93, as a collective, they have remained a mega-force in hip-hop to this very day. In the Golden Age of hip-hop, the Staten Island boys were the rap crew, and they have yet to burn out while so many others have (see: Kool Moe Dee, Salt-N-Peppa, Biz Markie, etc.). Their performances this year (especially at Rock The Bells where they performed their legendary Chambers in its entirety) were widely heralded, each member toured or released new material, and several of the individuals appeared on Kanye’s hot ticket year either as featured artists (Raekwon on “Gorgeous” , “Runaway Love”, and “Lord, Lord, Lord” and RZA on “So Appalled”) or as producers (RZA on “Dark Fantasy”). In terms of longevity and relevance, Wu-Tang Clan is the hip-hop equivalent of, say, Radiohead.

Even as individual artists, they’ve taken their knowledge from the Golden Age of hip-hop and made it sound completely natural in a modern hip-hop setting. In fact, some of the best material Wu-Tang has released have been solo or collaborative efforts (Liquid Swords, Only Built 4 Cuban Linx, The Dirty Version, or Supreme Clientele, anyone?). So, it should come as no surprise that Ghostface Killah’s latest installment, Apollo Kids, is fabulously rich and raw.

It’s tough to be the one to make this assertion, but it needs to be said: You may need to make room in your Wu classic albums for this one. Obviously, it doesn’t shatter the earth the way Liquid Swords did, but it comes dangerously close. This is hands down the finest work Ghostface has done in years.

Ghostface Killah has remained one of the more illustrious Clan members over the years, releasing nine solo albums (including this installment), touring like a madman, and appearing on numerous collaborations, Wu-Tang-affiliated and otherwise.

From the moment the beat drops on opening track “Purified Thoughts” to the final sampling on closer “Troublemakers” (which features Raekwon, Method Man, and Redman), Apollo Kids impresses in every way. The grit of Ghost’s distinct voice sounds so good amid the clean soul sampling and supremely catchy hooks. This album is truly just an example of a master performing in his element.

The production on this album is a step in a more modern direction that maintains a Golden Age feel and makes for a sweet blend that is unendingly pleasing to the auditory palate. It’s clean but it hits incredibly hard (think Kanye’s “Flashing Lights” v. Notorious B.I.G.’s “Hypnotize”). The album’s sound is also boosted by a star-studded cast of Golden Age contributors: GZA, Raekwon, Redman, Method Man, The Game, Capadonna, U-God, Black Thought (of The Roots), Jim Jones, and an especially potent verse by Busta Rhymes.

As far as subject matter goes, it’s on par with just about everything else he’s done solo or otherwise. It’s basically what you’d expect from a seasoned gangta rapper, spanning from inward moral inventories ( Am I a good man? Am I a fool?) on opener “Purified Thoughts” to expressing his thug life status (Ya’ll respect my tour bus/we got whores wit’ no drawers ready to do all four of us…In rap I’m past the cream, brand more lean/If you niggaz complain of sore throats/Shove the gun in they mouth, throat get scratched) on “Starkology”.

From start to finish, this is as solid as hip-hop comes these days. It’s filled with barn-burners, namely “Purified Thoughts”, “Superstar”, “2getha Baby”, “In The Park”, “How You Like”, and “Troublemakers”. Six out of twelve tracks are not only solid but absolutely stunning, which leads me back to my full-circle point. How is it that Ghostface and Wu-Tang Clan have remained such a dominating, omni-present voice in the world of hip-hop? They are truly a hip-hop enigma, and Apollo Kids is just another piece of proof.