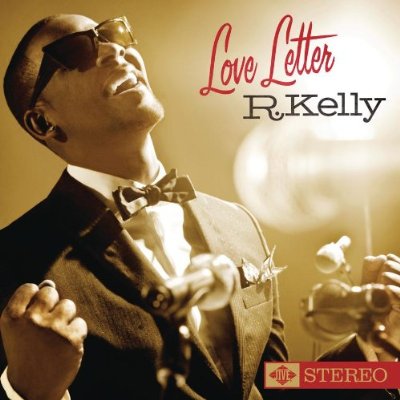 For all the insanity of his output, you can’t really say that R. Kelly isn’t talented. The guy has an old soul/Sam Cooke/Marvin Gaye kind of voice behind all the Trapped in the Closet and alleged illegal dealings. His new album, Love Letter, runs the gamut from new soul to the old soul that made Cooke and Gaye famous, and Kells nails it in all genres.

Most people overlook R. Kelly’s talent. It is understandable that a 23-part hip-hopera, in which Kells sings every part from himself to his wife to Omar from The Wire to an overweight, white, southern woman, is distracting and causes one to not notice the talent in his voice. The sheer lunacy of the story line is enough without the repetitive music loop.  And yes, the allegations—of which he was cleared—of urinating on a teenager could discredit talent. People did the same with Michael Jackson (whom R. Kelly gives a tribute to in the form of a bonus track cover of “You Are Not Alone”, which he sings the piss out of) while he was alive. Things get easily overlooked when teenage livelihood is in danger.

But, in the instance of Love Letter, you have no excuse to overlook his talent. Okay, so the opening track, “Love Letter (Prelude)”, is 50 seconds long and a bit odd with Kells singing a capella, “Dear ladies, it’s your boy January, and I would like to welcome all of you to the love letter all…bum!” But he sings it really well. Kells has solid new soul/R&B jams like “Love Letter” and “Number One Hit”—with the great lines, “I got a studio up in heaven, and it’s the perfect atmosphere. It’s guaranteed to take you platinum” and “You are my Elvis and Priscilla. My Michael Jackson Thriller. Smooth Operator by Sade…My movie star. My Coming to America. My Avatar!” He drops into older soul with ’70s funk track “Just Can’t Get Enough” and a very Marvin Gaye-sounding “Love Is ft. K. Michelle”. The latter being a sort of modern version of “Ain’t no Mountain High”.

“Music Must be a Lady”, “Radio Message” (another great ’60s via ’80s soul jam), and “When a Woman Loves” (with the gem “She got more faith in me than a beach got sand”) are more favorites that show if R. Kelly can just focus his mind a little, he can pull off some damn fine songs. Granted “Taxi Cab”, a song about R. Kelly having sex with a stranger in the back of a taxi cab (it was “like a hotel room”), is a little weird and kind of a weak link, but it’s still really damn entertaining.

There are some of you who might be leery of the kind words said about this album in this review, and I understand. If you are looking for another “Ignition”, you won’t find that here. What you will find is some sex-makin’ music and some fantastic soul music. This is a lights off and candles lit album, not a club album. You may think the kind words are more from the kitsch value of R. Kelly, but I assure you they are not. Give it some spins, and decide.