Dave Matthews Band to stage their own festival in 2011 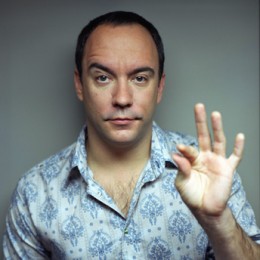 It’s hard to stop working when you make a lot of money doing it. Just ask the Dave Matthews Band.  They’ve grossed over half of a billion dollars over the past ten years, and while they’re supposed to take a break from the road this year, it looks like fans should have more than a few opportunities to see the band before 2012 comes around. DMBlog has turned us on to the news that the boys are planning to play at least four shows over the summer.

The gigs are supposed to celebrate DMB’s 20th anniversary and will apparently be more like mini-festivals. (Looks like you’re not alone, Pearl Jam)  “We want to celebrate [20 years] by playing music together,” the band wrote last Wednesday, “we are still taking the year off from touring, [but] we have decided to play four multi-day, multi-artist events that will take place this summer.”

Dates aren’t confirmed yet, but there are already rumors of a Labor Day throwdown at The Gorge set to take place during the first week of September. DMB is expected to send out “save the date” emails to fans, so if you want to stay in the loop, then you either need to get on that fan club grind or check back with us as details become available.