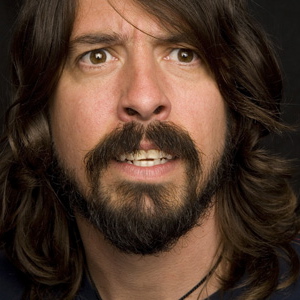 Most band’s save the “behind-the-scenes” documentaries for deluxe reissues of mediocre albums, but it goes without saying that the Foo Fighters are just way too damn big for that. Case in point: while Dave Grohl and company have been offering mere snippets of their seventh, still untitled full-length, a press release says that Spitfire Pictures will produce an in-depth documentary about the band.

Directed by Academy Award winner James Moll, the rock doc will be released alongside the album and is set to be unveiled on the big screen. No, that doesn’t mean your 182-inch plasma TV; it means actual movie theaters across the country. There’s still no word on whether or not all markets will see the theatrical release, but the flick seems poised to satisfy even the most devout superfan.

The movie will reportedly “chronicle the entire history of the Foo Fighters from the cassette demos Grohl recorded during his tenure as Nirvana’s drummer through their ascent to [becoming] one of the biggest rock bands on the planet” and will culminate in an extensive look at the Foos using analog tape to craft the Butch Vig-produced disc in Grohl’s Southern-California garage. And we thought seeing Grohl in a Muppets movie was going to be awesome.

More details as they become available, but you can loop a 28-second clip of the band’s newest song, “Bridge Burning”, here.