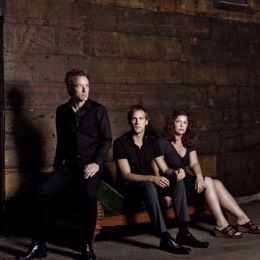 American indie (and practicing Mormon) band Low have announced plans to drop their latest LP, C’mon, on April 12th via Sub Pop. The record marks the band’s 9th studio album and serves as the followup to 2007’s Drums and Guns.

Consisting of 10 tracks, C’mon was recorded in Sacred Heart Studio, aka the same Duluth, Minnesota Catholic church as their 2002 record Trust. Billed as one of their “most accesible albums to date,” an issued press release notes that the band took full advantage of Sacred Heart’s high, vaulted ceilings, natural reverb, and audible affinity for organ sounds and group singing. Lyrically, the ablum is described by frontman Alan Sparhawk as a plea for humanity, decency and common sense in a world gone mad. “With the last couple of records, we were grappling with something outside of ourselves. This one feels more like, ‘Well, forget that. I’m looking in your eyes right now, and we need to figure out how to get through the next moment, together, as human beings.”

An eventual tour of the US is in the works, but only two dates have been scheduled thus far. Granted opening for Explosions in the Sky At NYC’s Radio City Music Hall on April 6th and playing South by Southwest are both pretty big deals. Check out the tracklist for C’mon below.