Report: Daft Punk will appear as The Third Twin at Spanish Festival 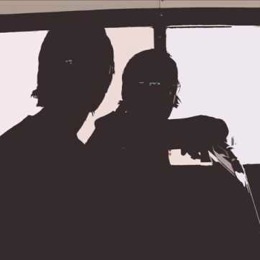 The Internet hoax that just… won’t… die may actually be true? Type “The Third Twin” into Google and you’ll find all sorts of, well, claims that The Third Twin is the name of a moniker being used by acclaimed electro duo Daft Punk. According to their now-deceased Wikipedia page (via Ask.com), the duo used the moniker to intentionally leak 12 songs that were rejected for their Tron: Legacy soundtrack, because Disney “was looking for a more orchestral and symphonic soundtrack.” The theory continues:

“Daft Punk, disappointed by the severe restrictions of the contract, decided to introduce their songs to their public who would appreciate this music. They used The Third Twin brandname to avoid legal troubles. This theory is reinforced with the events that took place in 2005 when the album Human After All was leaked on the Internet, weeks before its release.”

“… that this is not a Tron Legacy´s leak, this is the new Daft Punk album studio leak. Daft Punk has made only three major works (not counting remixes) each with an interval of five years. The idea of a joint launch of the soundtrack to Tron Legacy and the fourth studio album by Daft Punk to the end of 2010 is more than just a theory”

And one last one, for the kids:

“Another theory argues that all this are unpublished songs of previous works by Daft Punk which subsequently leaked intentionally to deny them and give a great impetus to the promotion of the movie. This theory is less usual, Daft Punk avoids the commercialism.”

If that weren’t enough, the believers accompany their claims with actual music, which they argue is that of Daft Punk:

Before today, we chose to disregard the whole Third Twin thing just because a.) the believers don’t know how to use spell check and b.) Daft Punk seemed to enjoy the whole Tron: Legacy experience. Plus, rumors of secret Daft Punk music have been around forever, but have never actually proved factual.

So, why are we writing now? Well, according to a report in Spanish newspaper El Periódico Mediterráneo (via eFestivals), Daft Punk will appear as The Third Twin at the second annual Arenal Sound music festival, where they will perform the songs that Disney refused to put on Tron: Legacy. We reached out to festival organizers, who confirmed that The Third Twin are playing, but when asked how the group is affiliated with Daft Punk, they had no comment.

Madrid, January 10, 2011.–The Third Twin is a French electronic music duo which is getting very popular around the business in the recent months. The reason is simple: They are directly related to the famous Daft Punk. They are in the second edition of the festival which takes place from August 4-7 at the Playa El Arenal from Burriana, Castellón, Spain. The show up of this mysterious group opens the Arenal Sound line up 2011.

The stage name of The Third Twin emerged supposedly with the aim of publishing the issues proposed by Daft Punk to Disney´s movie “Tron”: Legacy. The company initially considered the material too oriented to electronic sounds because of that they refused it. The company ordered a new batch of compositions more orchestral and traditional which finally took part of the soundtrack of the film which was recently released with great success.

Daft Punk could not sign with their original name, music themes nor use any clear reference to the film for legal reasons. That is the reason why the well-known French electronic tandem had to use allegedly that pseudonym.

The result was The Third Twin or TTT, a music project which contain the songs published that is part of that band sound rejected. It was compiled together in an album entitled “Homemade” where you can find those tracks such as “Evil Minds” “Technolers” or “The Time is Over”. The Third Twin has their own profile on MySpace where they have an extensive music material and songs that made “Homemade” and reached a great amount of visits on YouTube. (http://www.thethirdtwin.com)

Arenal Sound becomes one of the many international festivals on this category to bring significant DJ’s highly praised at the time, The Third Twin. (http://www.arenalsound.com). Just wait and see their performance at the festival to discover if the mystery is revealed.

The organization also confirms in the coming days the start of the selling of tickets for the Arenal Sound 2011 with a limited quantity of tickets from 25 euros.