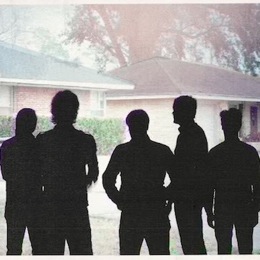 According to Los Angeles Times Music Editor Randall Roberts, rumors of Coachella’s imminent 2011 lineup announcement are false; but that hasn’t prevented a fury of premature leaks. Billboard reports that both Arcade Fire and PJ Harvey will appear on the 2011 lineup, while The Hollywood Reporter says that attendees of the Indio, CA-based event can also expect to see Duran Duran and The Strokes.

Other likely acts include Bright Eyes, Interpol, The Black Keys, The Kills, Foals, Cut Copy, Cold War Kids, Menomena, The Pains of Being Pure at Heart, and Warpaint, as indicated by already announced tour routes that put the outfits on the west coast during the weekend of Coachella.

We also expect to see the likes of GAYNGS, Robyn, The National, and When Saints Go Machine. Per YouTube videos posted on Coachella.com in recent days, it also appears that TrentemÃ¸ller, Lightning Bolt, Phantogram, Fanfarlo, and Monarchy will be playing.

Other names rumored as possible Coachella 2011 candidates include Kings of Leon, Kanye West, The Chemical Brothers, Neil Young, and Death From Above 1979. Billboard does, however, shoot down the possibility of appearances by The Rolling Stones and Daft Punk.

There’s no exact word on when an official announcement will be made and festival promoters have not commented on our requests. More details as they become available.