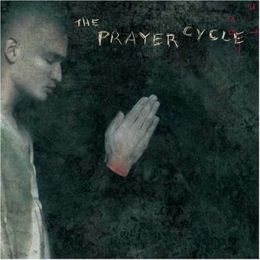 In 1999, composer Jonathan Elias gathered James Taylor, Alanis Morissette, Jane’s Addiction frontman Perry Farrell, and many others to create The Prayer Cycle, an album calling for awareness in an era where many feared for their children’s future. Now, some 12 years later, Elias is revisiting the concept for Prayer Cycle 2: Path to Zero, a new benefit album supporting Global Zero, an organization promoting worldwide nuclear disarmament. The seven-track release, written and produced by Elias himself, will be available from Across the Universe Records on May 10th.

Just like last time, the composer has called on a few friends to contribute to the project, and in the process he may have created the single greatest collaboration of all time. That particular collabo comes in the form of “Fallout”, featuring System of a Down frontman Serj Tankian, Robert Downey, Jr., Sinead O’Connor, and a resurrected Jim Morrison. Sure, re-read that; it’s absolutely accurate. Morrison, the legendary Doors singer, appears in the form of a previously unreleased recording of his spoken word poem “Moonshine Night”, thanks to producer Paul Rothchild and the Morrison estate.

As great as the potential for that one track is, the whole effort shows tremendous promise. Other contributors include Sting, Edward Sharpe & The Magnetic Zeroes mastermind Alex Ebert, Korn vocalist Jonathan Davis, Yes’ Jon Anderson, Angelique Kidjo, Elias’ daughter Lilli, and a slew of talent from all over the globe. The eclectic group lends to the worldly sound of the benefit album, which mixes orchestral music with electronica, rock, devotional music, and more.

The project wasn’t meant to be a sequel to the 1999 album. In fact, it was supposed to be called A Thousand Suns, but Linkin Park got there first. Ironically, L.P. singer Chester Bennington was meant to feature on the project, but in the end they couldn’t work it out. Regardless of the title, the goal remains the same. Elias described Path to Zero to Billboard.com as “a little prayer based on having kids these days. I think we’re all a little on the dark side at times… [Unless] we really gain some consciousness, we really are heading into uncharted waters.”

Global Zero and Elias are currently at work on “some sort of visual representation” to accompany the benefit records’ release. Stay tuned for more on that, and check out the complete track and collaborators list below.