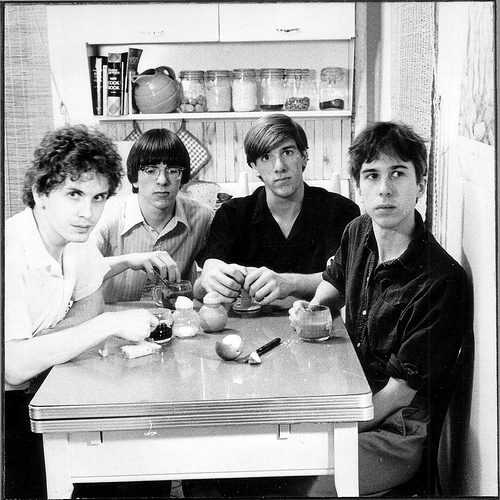 New Jersey post-punk band and indie forebears The Feelies are back after almost 20 years apart, and they’ll now be taking a cue from Devo and doing something with the reunion. According to Pitchfork, The Feelies will be following up 1991’s Time for a Witness with a new full-length this spring.

The band has finished the album, which was recorded at Water Music in Hoboken, New Jersey, and produced by vocalists/guitarists Glenn Mercer and Bill Million. The LP is called Here Before, and it is scheduled for release March 29th on Bar/None.

Come to think of it, there’s no reason why The Feelies shouldn’t be a late add to Coachella. But maybe we’re just being greedy.