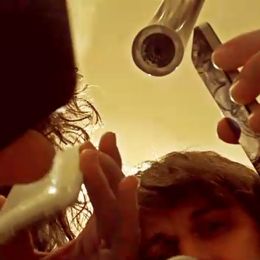 Wayne Coyne turns 50 today, but his creative juices remain forever young. Case in point is the above YouTube video, which shows The Flaming Lips frontman, along with guitarist Steven Drozd, re-imagine their 1997 album Zaireeka with four iPhones. There’s no word on whether this is one of the 12 new tracks that the band has promised for 2011, but like Zaireeka, the song’s sound is derived by playing four different elements at the exact same time. Only this time it requires two people and four iPhones instead of four people and four CD players. Way less frustrating. Also way less bloody.