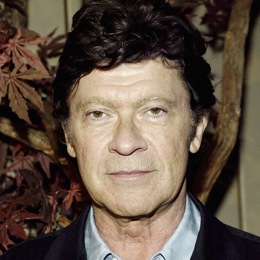 While it remains to be seen what the future holds for Golden Globe-nominated musician Trent Reznor (outside of pro-shot Christmas gifts, of course), we do know that the Nine Inch Nails figurehead will appear in at least one new studio effort in the coming months. Reznor will join Tom Morello, Eric Clapton, Steve Winwood, and Robert Randolph as featured collaborators on the forthcoming studio album by The Band’s Robbie Robertson.

Due for release on April 5th via 429 Records, How To Become Clairvoyant will mark Robertson’s first solo album in over a decade. The record consists of 12 tracks, which Robertson co-produced with Marius de Vries. You can preview the album track “When The Night Was Young” here.