Zakk Wylde writes a book for the “children” 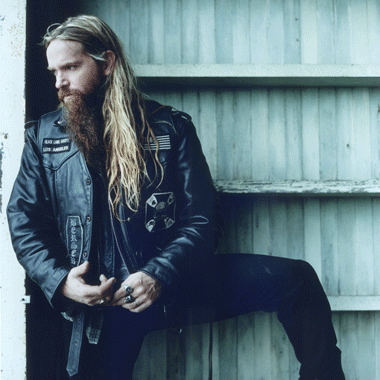 While Keith Richards’ memoirs may have detailed some his wildest moments with The Rolling Stones, Zakk Wylde – the Black Label Society frontman who has also spent time playing with Ozzy Osbourne – apparently wants to share his experiences with the “children.” Gun Shy Assasin is reporting that William Morrow (an imprint of Harper Collins) will release Wylde’s guide to dominating a world tour – “Bringing Metal To The Children” – on May 10th

The 224-page book is co-authored by Wric Hendrikx and apparently finds Wylde spinning tales of “glory, debauchery, and general mayhem” for anyone who dares to read.  It opens with the 43-year-old Wylde’s “True Rocker Test”, which will ask readers to answer and score ten questions that will determine whether they are true rockers or “just complete tools [that] need to hand the book to someone more metal.” Those who do pass the test will be treated to stories of wild nights with the likes of Rob Zombie, Eddie Van Halen, and the late Dimebag Darrell.

To make it even better for Berserkers who become so enamored with the stories and end up wanting to live the very same lives as the book’s protagonists, Wylde has included “coaching techniques” that instruct readers on essentials like proper touring hygiene, pre-concert preparations, and post-show etiquette.

Pre-order information isn’t available yet, and the whole thing makes us wonder how he’ll squeeze training for Dancing with the Stars into his book tour, but you can check out the book’s cover here.