Another Round: Pearl Jam – “Jeremy” 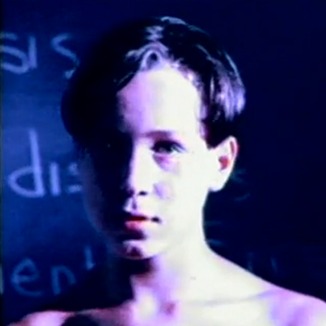 Pearl Jam‘s third single off of its first full-length album, Ten, was and is still a somber one. Released in 1992, “Jeremy” quickly topped the charts and further solidified the group’s popularity, especially through its incredibly controversial music video directed by Mark Pellington. The song’s thematic element was based off of a news article that described a young teenager’s suicide in front of his high school classmates. On the morning of Monday, January 8, 1991, Jeremy Wade Delle was sent to the admittance office to get a late slip for class, only to return with a loaded .357 Magnum. Never making it out of the small town of Richardson, Texas, Eddie Vedder decided to use the story as inspiration, as a way to propel the heartbreaking event and its lessons into the minds of his listeners.

Believe it or not, but “Jeremy” was made into two music videos, one which never saw the light of television. Photographer Chris Cuffaro had gotten to know Eddie Vedder in 1991 and showed interest in filming a video for the band. Vedder then recommended his newfound acquaintance to Epic, the band’s record label at the time, who soon gave the director permission to use any song off of Ten. The catch was that the label wasn’t going to provide any money to fund the project. A few furniture sales and one loan later, the video came together, only to be disregarded by Epic. The video never found its way to the mainstream but can be found on the director’s website.

The music video, in focus, that did make it to the surface was directed by Mark Pellington. It was his professional use of the the camera and his full-bodied vision that made this second version such a success. Through still images and a collage of emotional words, Pellington added even more depth to a song that could have brought a listener to tears all on its own. As if the haunting abstracts weren’t enough, the director decided to go the extra mile and retrace the steps of Jeremy Wade Delle’s fateful day. The film depicts the young teenage boy and all that was experienced: bullying, family dysfunction, and his tragic final moment. An original cut showed the gun being put into the boy’s mouth, the image becoming quite controversial; the final cut that aired on MTV was edited with a quick close-up shot of Jeremy, hiding the gun from view. Although censored in the end, the video for “Jeremy” helped to produce one of the most successful singles for the band.

“It came from a small paragraph in a paper,” Eddie Vedder stated, on the topic of the successful video. He added some perspective, too, “which means you kill yourself and you make a big old sacrifice and try to get your revenge. That all you’re gonna end up with is a paragraph in a newspaper. Sixty-three degrees and cloudy in a suburban neighborhood. That’s the beginning of the video and [it’s] the same thing in the end, it does nothing… nothing changes. The world goes on and you’re gone. The best revenge is to live on and prove yourself. Be stronger than those people. And then you can come back.”

You can’t argue with the man.