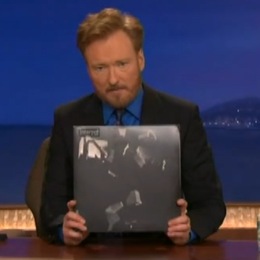 Carlos Dengler is probably punching himself in the balls after watching last night’s broadcast of Conan. Having commenced the third leg of their North American tour a week ago, his former bandmates – alongside bassist David Pajo (Slint, Tortoise, Zwan) and keyboardist Brandon Curtis (The Secret Machines) – stopped by the Warner Bros. lot to perform a track from their eponymous album.

Decked out in their uniform black attire, the boys of Interpol were dressed for success and ready to rock. Instead of performing the livelier, radio-friendly tune normally reserved for the late night circuit (“Barricade”), the band opted for a more meditative number this time around with “Lights,” which showcased Paul Banks’ vocals and Daniel Kessler’s guitar work in impressive fashion, and also highlighted the maddening hypnotic groove within the rhythm section.

Check out the clip above, then take a look at their tour schedule to see if they’re coming to a town near you (they probably are). Tickets are available via our Concert Calendar.

Video support via The Audio Perv.