Wiz Khalifa rolls out dates for the “Green Carpet Tour” 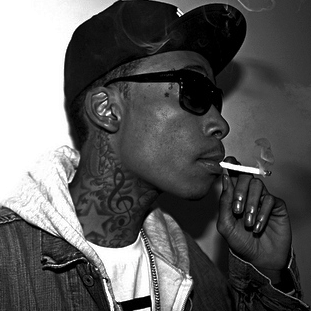 His first mixtape only dropped six years ago, but Cameron Jibril Thomaz – better known as Wiz Khalifa – could probably make a run for Snoop Dogg’s position as “official spokesperson for marijuana.” He’s been arrested for possession of the sticky-icky, paid homage to herb with Snoop himself, and is even calling his next album, Rolling Papers.

Now Idolator has informed us that the 23-year-old Pittsburgh native is rolling out a 17-date tour appropriately titled The Green Carpet Tour. The funny thing is Thomaz is apparently referring to the environmentally conscious nature of the jaunt when he says “green.” Taking a page from fellow Toke-a-teer, Willie Nelson, Wiz’s tour buses will be fueled by bio diesel and only biodegradable and recyclable products will be used backstage.

The journey kicks off on April Fool’s Day at the Raleigh Amphitheatre before exclusively hitting college campuses across the Eastern Seaboard, Midwest, and Southeast. Highlights include a 4/20 show in Orlando, FL and a show on the Sigma Nu lawn at Purdue on April 114th. He’ll play a few dates overseas before returning stateside to play the Summer Camp Festival and Bonnaroo.

Tickets for select dates are available via Seatgeek.com.