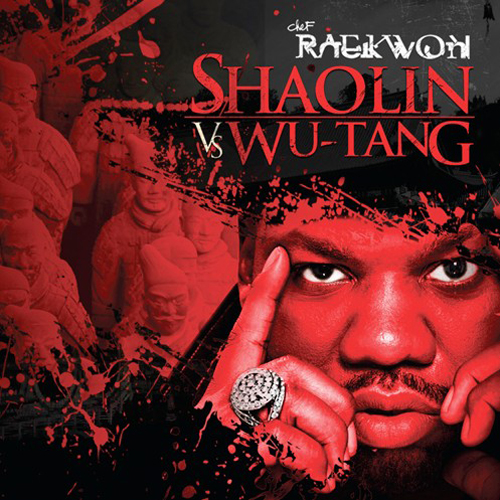 The name Wu-Tang comes from a 1981 kung-fu film called Shaolin Vs Wu-Tang, several audio samples of which the members of the rap ensemble used in their 1993 debut, Enter The Wu-Tang (36 Chambers). The very foundation of the Wu-Tang, an idea brought to life by ring leader The RZA, is to preserve the essence that is hip hop; ergo, no R&B hooks or pop construction; rather, free verses and unstructured rhymes, stylistic devices and poetic conceit, tales of the ghetto, guns, and of real fucking gangstas, grimy beats, and heavily percussive instrumentals.

In other words, pure unadulterated rap.

Where would the Wu-Tang Clan be, though, if it weren’t a collective? If it weren’t an assembly of diverse ninjas, er rappers, that brought forth a shared message to the rap forum? Affiliates of the Wu-Tang would strive off of each others’ fortitude; they would gain from RZA’s fierce beats, from Ol Dirty Bastard’s eccentric rants, from Meth’s elaborate plots. Where would “Triumph” be without Inspectah Deck’s opening verse? Where would “C.R.E.A.M.” be if it weren’t produced by a mastermind like The RZA? The strength and sheer ruthlessness of this cooperative comes from the different strengths each rapper has to offer and even on their solo stints, members of the Wu have always kept it in the family.

Though there hasn’t been a technical falling out of the clan, after the release of 2007’s 8 Diagrams there were some artistic disagreements about how it lacked that organic “Wu-Tang sound,” between members Raekwon, Ghostface and the RZA. Since than, there was much speculation that the collective would release Shaolin Vs Wu-Tang, a concept album that would put forth contrasting styles from the Wu’s native home of Staten Island (Shaolin) and the philosophy originated by RZA (Wu-Tang). This record would be free of any contribution from the RZA. Eventually it was realized that the album would be Raekwon’s fifth solo effort, his first without a single track, beat, or sample produced by RZA.

Regardless of whatever falling out Rae and RZA might have had, both have insisted there is no beef, and it seems to hold true. When The Chef dropped his first solo record in six years, the esteemed sequel to 95’s Only Built For Cuban Linx, RZA, while his role was indeed limited compared to the first, was there. A year later, Rae, Ghost and Meth released a collaborative effort called Wu-Massacre, and RZA stood strong as producer. And now, the heavily awaited, return to his roots Shaolin Vs Wu-Tang appears, and though RZA is not, the rest of Rae’s contemporaries are here again, lyrical guns blazing. Even without RZA, the beats are sick, and in line with the nature of Wu-Tang; in other words, there are ample Oriental samples and ninja complexes galore. Unlike its predecessor, there are a handful of appearances from members outside of the Wu including Nas, Lloyd Banks, and Estelle, with production from Mathematics, Alchemist, and DJ Khalil.

Shaolin opens as a reverence to 36 Chambers, sampling the same kung-fu film: “I’ll kill anyone who dares to go against me.” Rae implements many karate chop audio bits, and voice samples from the film, maintaining the ninja theme intact with songs like “The Scroll”, “Butter Knives”, and “Crane Style.” He spits with the same ferocious manner as he did on Cuban Linx II, and it’s his confidence to unite with others that benefits the music. Rappers can be greedy, hogging the mic, and making sure to stand out amongst their peers, especially on their solo records. Not Rae. His determination to make a Wu-Tang album without all the pieces that make a Wu-Tang record comes to fruition here.

On Shaolin, The Chef plays off the force of his colleagues, allowing them to dominate as often as he does. “Rock N Roll” finds you anticipating Jim Jones’ verse from the moment his voice is heard, crafting rhymes as he references rock bands like Guns N’ Roses, Led Zeppelin, The Eagles, and The Beatles. On the trumpet heavy, hard hitting “Molasses”, Rick Ross makes his presence felt to the point where you feel like you’re standing in the same room as him, watching him tear shit up. But without Rae’s verse leading up to it, without his chorus: “Scarface gangstas, criminal ni**as up in the trenches/army coats on, playing the benches/getting paper, sly that’s the motto, intelligent goons/inside a hundred thousand dollar whip, follow,” the entire cut would lose its leverage. On the few stints where Rae rhymes solo, he perpetuates his signature M.O. to the tee, with his unique raspy voice and subtle mannerisms.

The film Shaolin Vs Wu-Tang uses an excerpt from Winston Churchill’s famous speech: “Now we are the masters of our fate; that the task which has been set us is not above our strength; that its pangs and toils are not beyond our endurance. As long as we have faith in our cause and unconquerable will-power, salvation will not be denied us.” Rae’s dramatic album closer, “Masters of Our Fate”, incorporates the passage as its chorus, played over fields of violins and slow moving bass lines, making room for Black Thought’s verse, the final rapper to appear on the album. Like 36 Chambers adheres to a concept formula, as does Shaolin Vs Wu-Tang, relating the tale of ninjas and swords to gangstas and guns, and even without RZA, sustaining the notion that is the Wu. Nothin’ to fuck with here.