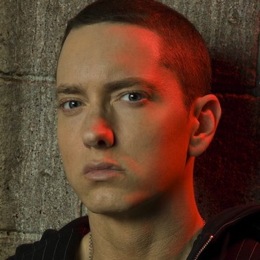 In the rap game, you’ve got to have a good label behind you to be a truly dominant MC. While Eminem has clearly succeeded even as his Shady Records didn’t fare so well, everyone’s favorite white rapper is taking another shot at building his empire.  The first step, it seems, is announcing the “new generation of Shady Records” by signing Yelawolf and hip-hop super group Slaughterhouse (former running buddy Royce da 5’9″, Joe Budden, Joell Ortiz, and Crooked I) to his imprint, which is already the home of acts like D12 and Cashis.

To celebrate their recent partnership (not to mention cover story on XXL), all six MCs collaborated on a track called “2.0 Boys”, which you can check out below (via Rap-Up.com). With a (surprise surprise) intense beat, Em reveals the newly-reinvigorated label’s master plan, rapping, We came to monopolize the game, Illuminati is here/ Yeah, human oddities and odds with us just whats gotta be.” See, change can be a good thing.