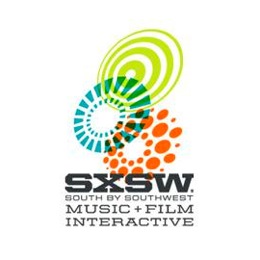 South by Southwest (SXSW) is one of the most exciting times of the year. Rare is the instance when an entire town gets transformed into a living, breathing organism dedicated to the act of playing host to literally thousands of bands. Sure, Chicago has Lollapalooza, and Austin even hosts the highly celebrated Austin City Limits, but those are a different breed than SXSW. Focus on the rare nature of the beast itself. From the mainstream rock phenomenon to the guy playing the busted-up guitar on the street corner, SXSW offers moments and opportunities that nowhere else does. No, you can’t see everything (not even most of it), but that’s not the point. Instead, it’s all about being there in the moment and taking it all in. Even though there’s always the feeling that you may have missed something or a particular moment didn’t resonate with you as you thought it would have, you’re still walking back to your hotel (or some stranger’s living room) each night (or morning) much better off than the rest of the world who didn’t get to go. Just look at Twitter, or Facebook, where thousands of fans, who were all stuck outside the proverbial bubble, pined endlessly that they couldn’t attend. We don’t blame them. Pardon the bragging, but you really do have to be there.

So, with this year’s festivities done and over, all that remains of the gathering are a few memories and a hangover or two. But regardless of whether you’re suffering from a severe form of envy or just trying to keep every going-on straight in that sunburned noggin of yours, we’re here to offer some refining clarity with our coverage of the 25th anniversary celebration. Check below for every bit of footage and line of writing about what CoS and Cluster 1 managed to cover this year (once more, there’s a lot of it.) From the interviews to the live footage, from the gritty details about the festival’s biggest events and even a look behind-the-scenes, this is everything you could ever want to know, see, and hear about SXSW 2011. You’ll get so close you may think you actually attended.

From Consequence of Sound…

– Before we arrived in Austin, TX, we told you our picks for the festival via Complex.com!

– Foo Fighters performed Wasting Light in its entirety at Stubbs on Tuesday, March 15!

– Duran Duran, Queens of the Stone Age, and Conan O’Brien entertained us on Wednesday, March 16!

– The Strokes, TV on the Radio, and The Pains of Being Pure at the Heart celebrated St. Patty’s on Thursday, March 17!

– Consequence of Sound, as part of the Axis of Audio, threw a fully-stocked fiesta on Saturday, March 19!

– Death from Above 1979 delivered a killer set – literally and metaphorically!

- Interview: Moby  Consequence of Sounds Michael Roffman sat down with the world-famous multi-instrumentalist this weekend. The two discuss their time down in Austin, the current music industry, and Mobys forthcoming record, Destroyed, due out May.

- Interview: Gypsyblood  Nothing beats an interview in one of the most intimate places of your life: the restroom. Host Sami Jarroush took a walk with Gypsyblood, from the restroom to beyond. The three discuss the bands new album, new label, and their journey towards the SXSW experience, which certainly sounds like it was a hot and exciting one.

- Interview: Astronautalis  After he helped himself to some fine Texas food, Astronautalis sat down with our own Sami Jarroush to talk about a multitude of topics.

– Interview: Voxhaul Broadcast – Sami Jarroush dukes it out with the Orange County quartet.

– Small shows by huge artists are a big draw to the whole experience, and this weekend, a small crowd in Austin, TX were fortunate to catch some big time performances at Third Man Records traveling store. First up was the owner himself, Mr. Jack White, who performed two songs. And to follow him up, White brought out new Third Man artist Seasick Steve, a timely blues player, whose shredding is as unforgettable as his all-time American get-up.

- Lady Lamb the Beekeeper (aka Aly Spaltro) discusses her writing style and time in Austin with Michael Roffman.

- Pepper Rabbit enjoys the sun outside the convention center to discuss their sound, despite being wiped out from a killer performance moments prior. Their performances include new material, such as the tracks Murder Room and The Annexation of Puerto Rico.

- PS I Love You played a destructive set, and heres a cut of 2012 that will be surely knock you away.

– Axis of Audio Austin Showcase: Missed the spring soiree? Still kicking your bedroom door that you didn’t sing in the crowd with Hollerado? It’s okay. We got you covered. Here’s the ticket you never used!