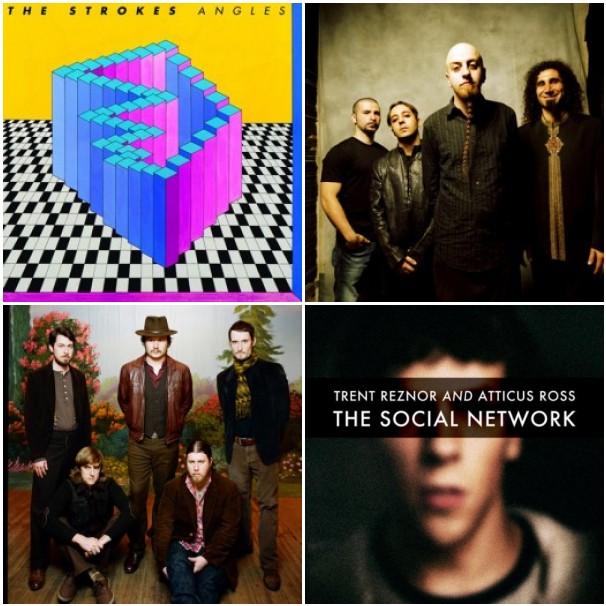 It’s been another long week here at CoS–I think you know by now how taxing it can be to keep up with contemporary music, especially in this “anything, anytime, anywhere” era that we’re living in. But at least it’s over… for now, that is. Starting next week we get to put ourselves through more restless nights and near-fiascos.

Yeah, I guess we don’t get much of a break here after all.

So why do we put ourselves through all of this?

You know what they say, oftentimes it’s the things that you care about the most in life that drive you up the wall.

So with that in mind enjoy this recap post. Brush up on last week’s major events so you can prepare yourself for what’s guaranteed another incredibly fast-paced week.

— Trent Reznor and Atticus Ross won a freaking Oscar. An Oscar! Sorry, we’re still not over that.

— It was all about The Strokes this week. Not only is there a new track for us to hear, there’s also a video to watch. Plus, they made Saturday Night Live somewhat watchable.

— Jack White and NPR will come together for an interview series.

— The video for “Born This Way”, Lady Gaga‘s suspiciously Madonna-sounding single, made its debut. So did a track called “Government Hooker.” No joke. That’s actually the title.

— More of Nick Cave‘s plans came to light, including new reissues and a project with UNKLE.

— Some of the biggest names in rock right now will pay tribute to Ronnie James Dio.

— System of a Down expanded their 2011 comeback tour.

— You now have even more reasons to scrimp and save for Record Store Day.

— R.E.M. offered fans a taste of their soon-t0-be released LP, Collapse Into Now, along with a couple new clips.

— Daft Punk‘s original score for Tron: Legacy is up for the “remix treatment.”

— We’re sponsoring a showcase at this year’s South By Southwest. Be there. You know you want to. And if you don’t,  then you should really get your priorities straight.

— The Pitchfork Music Festival announced its lineup. So if you want to get sweaty in Union Park this July with thousands of your new best friends, get your tickets quick.

— No,  Arctic Monkeys haven’t put out a new record yet. However, if you’ve been hankering for some new material, you’re in luck.

— While we’re on the subject, a lot of other artists put out new material this week. Eminem and Yelawolf united, Death Cab for Cutie shared a track from their latest effort, and a new M.I.A. single dropped. All in the same week. Wow.

— Proof that life goes on. Battles will tour this spring, and former member Tyondai Braxton is hard at work on a large-scale orchestra piece.

— Ever wonder what the world’s smallest album might sound like? Just take a look at what Chromeo did.

— Proving that they’re as prolific as ever, Of Montreal detailed their latest EP. (See, and I didn’t mention their forthcoming album once!)

— The Strokes‘  long-awaited fourth album won’t be available until later this month, but we’ve got an early review to tide you over until then, courtesy of Michael Roffman.

— Philip Roffman managed to catch one Bright Eyes‘ first shows in…well, a long time. You can read his review by clicking here.

— In the wake of the recent LCD Soundsystem ticketing fiasco, Jeremy D. Larson asked “who’s burning whom” in our latest edition of Insight.