Last Night: The Strokes bring "Taken For a Fool" to Letterman 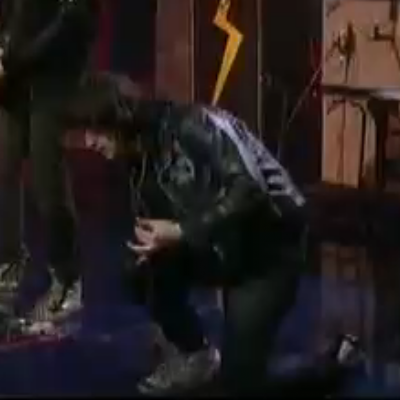 The Strokes’ Angles already passed our first test; now it’s time how to see how the songs hold up live. After dropping “Under Cover of Darkness” and “Life is Simple in the Moonlight” on SNL a few weeks back, the band took to the Ed Sullivan Theatre Wednesday night to show off “Taken for a Fool”. As I mentioned when the song initially leaked (and before it was subsequently taken down), the three-and-a-half minute number bumps and sways, drawing from the band’s past yet keeping a sharp eye on current influences. From a live perspective, “Taken For a  Fool” is even more impressive, especially since it showcases two of the band’s strongest traits: catchy-as-hell guitar hooks whose creation seem almost effortless and the vocal prowess of Julian Casablancas. And how about Julian! He tried to dance, he tried to look into the camera, and he succeeded in rolling his microphone like a bowling ball. It was such a anti-Casbalancian performance that even Letterman recognized it: “You alright?” he asked upon the song’s conclusion. Give this dude a Red Bull more often.

For those who missed it, catch the performance in the video embedded below. As always, hat tip to The Audio Perv for staying up late with us.