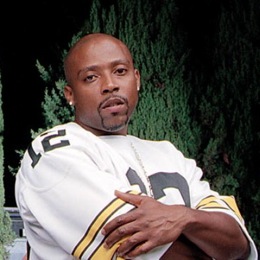 Nate Dogg, the California-based R&B musician whose résumé included collaborations with Dr. Dre, Eminem, and Snoop Dogg, died Tuesday, according to Press-Telegram. He was 41.

The cause of death is not yet known, but Nate Dogg (born Nathaniel D. Hale) suffered strokes in 2007 and 2008. West Coast Sound reports that he had been undergoing physical therapy.

Nate Dogg got his break thanks to a guest spot on Dr. Dre’s masterful 1992 record The Chronic, and he would go on to sign with Death Row Records in 1993. Along with a slew of guest collaborations, Nate Dogg released three solo albums between 1998 and 2003.