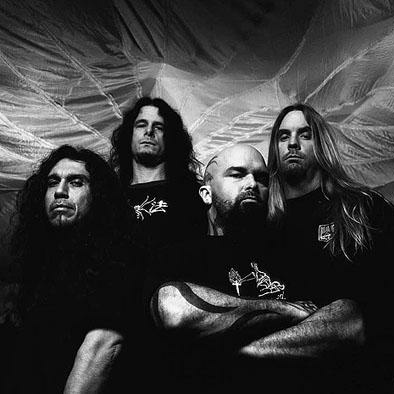 Legendary thrash kings Slayer and shock rock frontman Rob Zombie are coming together to bring hellfire and brimstone on the road this summer for the oh-so-apropos co-headlining ”Hell On Earth” Tour. This North American trek marks the first time Zombie and the guys have shared the same bill since 1999’s Ozzfest, so be prepared for the amps to be turned up to 11.

Kicking off in Reading, PA on July 20th, the 12-date jaunt spends the majority of its run in Canada before coming to a close in Seattle, WA on August 6th. SoCal thrashers Exodus are scheduled to open the gates to hell — a wise choice considering that Exodus guitarist Gary Holt is already filling in for Slayer axeman Jeff Hanneman while he recovers from surgery. No official word on whether Hanneman will return in time for the tour, but, as always, keep your eyes and ears open.

Tickets for the “Hell On Earth” Tour go on sale through each venue’s website this Friday, April 1st at 10 a.m. All confirmed dates can be found listed below.