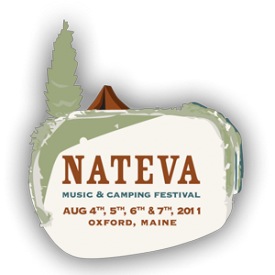 Before Nateva Festival came on to the scene last year, Maine had like one festival to its name — The Maine Lobster Festival — which, if I understand correctly, is some orgiastic dionisyian hellscape with literal tons of delicious crustaceans at the ready to consume. But the Nateva Music & Camping Festival will not be dwarfed by some coastal food frenzy. And because the 2010 inaugural Natvea proved, all in all, a success, the fest is returning for another year and another round of jam-heavy headliners. Watch your back, you lobster-loving fucks, cause Natvea’s crunchy grooves are gonna be all over your stupid arthropodal festival.

Tickets are on sale now at Nateva’s website, with layway, RV, and VIP plans available. The Nateva Music & Camping Festival runs concurrently with the Maine Lobster Fest this year, so all you Maineacs are gonna have to choose: chill grooves and camping or eating cockroaches of the sea. You’re call.