The Glitch Mob teams up with Phantogram, Com Truise for summer tour 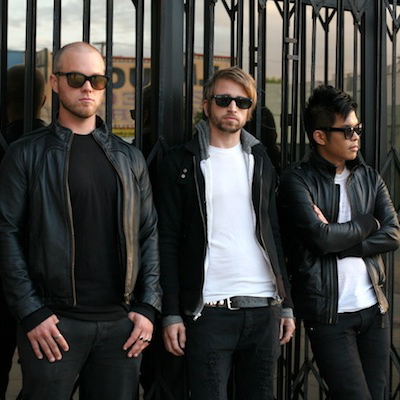 The summer tour announcements are rolling in, and The Glitch Mob will not be left out. The L.A. electronic trio has released dates for a month-plus North American trip (via Turn Up Your Speakers).

Better yet, joining The Glitch Mob on many of the dates will be hype-magnet Phantogram and cleverly named New Jersey producer Com Truise, a.k.a. Seth Haley, who along with The Glitch Mob appears on the tracklist for Tron: Legacy R3CONFIGUR3D. Reportedly, there are more openers to be announced as well.

The Glitch Mob kicks things off at Oregon’s Re:Generation Festival on June 23rd, plays a couple of dates in California, and heads east. The tour will cover ground in Arizona, New Mexico, and Utah, as well as Colorado’s Red Rocks Amphitheatre. July will see the group do three shows in Texas and three shows in Florida before a more or less comprehensive East Coast leg. The group has gigs scheduled in North Carolina, Virginia, D.C., Philly, New York, Boston, Toronto, and Quebec in July, among others. The tour ends back in the Midwest, with the final scheduled date in Grand Rapids on August 4th.

Phantogram and Com Truise are booked from July 12th on, with RJD2 joining in on the fun at New York’s Terminal 5. Also notable is jam band Lotus will be performing with The Glitch Mob for the Red Rocks show.

Pre-sales have already begun; head over to Eventbrite and use the search function to find tickets for each show. All of The Glitch Mob’s current 2011 dates, including the summer tour, are listed below.