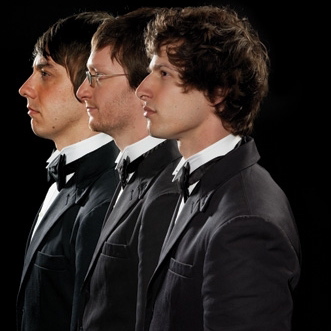 They made a huge ass announcement regarding new music back in October, but now one of Saturday Night Live’s finest musical exports – The Lonely Island – have finally put a street date on the follow-up to their breakthrough debut LP. Direct Current points out that the new album will be titled Turtleneck and Chain and is set to hit shelves and digital retailers on May 10th (via Universal Republic).

Our own Chris Coplan has already declared that it would be near impossible to trump Incredibad (which boasted cameos from guests like Justin Timberlake, Julian Cassablancas, and Natalie Portman), but the group’s latest hilarious musical output is suggesting that the new songs may actually give classics like “I’m On A Boat” a run for their money.

Case in point:  Lonely Island – which is comprised of SNL cast members Andy Samberg, Akiva Schaffer, and Jorma Taccone – have already released an Akon-featuring video titled “I Just Had Sex”, and have even landed a guest spot from the one and only Nicki Minaj. And while it will surely be difficult to top the outrageously ridiculous video the boys did with Lil’ John, the clip for the Minaj-featuring “Creep” hints that Samberg & co. definitely have the ability to put a together another star-studded guest list. The video also finds pencil-mustached cult legend, John Waters, making an appearance and has instructions for what may end up being the lamest club dance move since the Macarena.

A tracklist hasn’t been announced yet, but The Biebs may already be on board. Visual proof can be had by watching a teaser for a clip called “The Roomate”, below.